Welcome to the farm


Raspberries all year round! Delicious and packed with nutrition ... especially for mums-to-be. Whoever said that raspberries are summer fruits that are only found in high-lying lands (... great for snacks and fun on long woodland walks)?. This commonly held belief is gradually being debunked by Roberta Rossi, a farmer who lives in the town of Crespellano and farms land located in the Bazzano, Vignola, and Piumazzo areas. Forming a top-growing triangle for fruit farmers, this is the area that Roberta chose when she decided to try out innovative new crops, such as certain varieties of forest fruits, like currants, blackberries, and raspberries. Read more --> 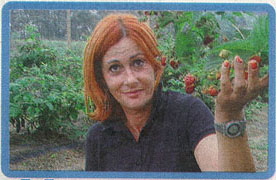 Article published on Saturday 26th May 2012


Red, sweet, and good to eat! no-one can say 'no' to a cherry. When cherries have pride of place on the table .... then summer is finally here! Tantalising cherries reign supreme throughout restaurant menus, as the starring ingredient in dishes ranging from appetisers to desserts. Cherries mark the arrival of summer and, for a few days, they have made their timely appearance on the numerous stalls dotted along the Bazzanese road. Running from Casalecchio to Vignola, the road connects the area where this produce is grown traditionally, comprising the 28 towns in the provinces of Bologna and Modena that make up the local cherry consortium (Consorzio della ciliegia tipica di Vignola). Read more --> 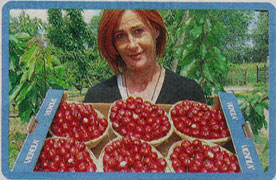